Can’t my country build a nuclear magnetic resonance instrument worth tens of millions? Why are MRIs so expensive?

With the improvement of human living standards, most people are guaranteed to have enough food and clothing. Many health problems and diseases that plagued us in the past have been overcome, but this does not mean that human beings no longer need to serve their own well-being. We are worried about life, old age, sickness and death, because we still need to face “stubborn diseases” and new enemies.

We have fought against cancer for thousands of years and have not been able to completely succeed. Many new diseases have appeared in human society. With the change of contemporary people’s lifestyles, more health problems caused by unhealthy life have become our new problems. Many urban people have been in a “sub-health state” for a long time. Therefore, doctors suggest that in order to detect and prevent various problems in time, we should do a physical examination every six months or a year.

During the medical examination in the hospital, we will use a variety of instruments, which can conduct a comprehensive inspection of all parts and aspects of our body, the most important of which are various medical imaging instruments.

From the most basic X-rays to CT and MRI, the prices of these instruments are different, and our routine physical examinations do not fully use these instruments. Only when problems are found in the basic examination, or we feel the symptoms ourselves, Some of these highly targeted instruments are then used only after further diagnosis by a doctor. After all, for ordinary people, such an inspection is expensive. So how much do you know about MRI scans?

It costs 600~1000 yuan to do an MRI examination. When we see an MRI machine, we may not see anything special, and we cannot understand why an MRI examination is so expensive. Not only is it expensive, but NMR takes a very long time, sometimes even more than an hour.

In fact, whether it is time or price, it is related to the principle of MRI. It is essentially a method of using a magnetic field to detect the position and state of hydrogen nuclei in different parts of the body, and then using imaging technology to restore the internal tissue to judge the body. Whether there are lesions, so this process is very long and delicate.

MRI is a relatively young technology. It was only officially used in clinical practice in the 1980s, but it has made great contributions to human medical research. The academic community has won six awards for MRI research alone. The Bell Prize is enough to illustrate the importance of this technology to mankind.

Relatively speaking, compared with medical imaging such as CT, MRI has a better ability to distinguish soft tissues of the human body, and can also conduct special inspections for a certain aspect of each tissue, such as when distinguishing whether a tumor is conscience or malignant. It plays a very important role, so a qualified hospital needs such professional equipment to help diagnose. 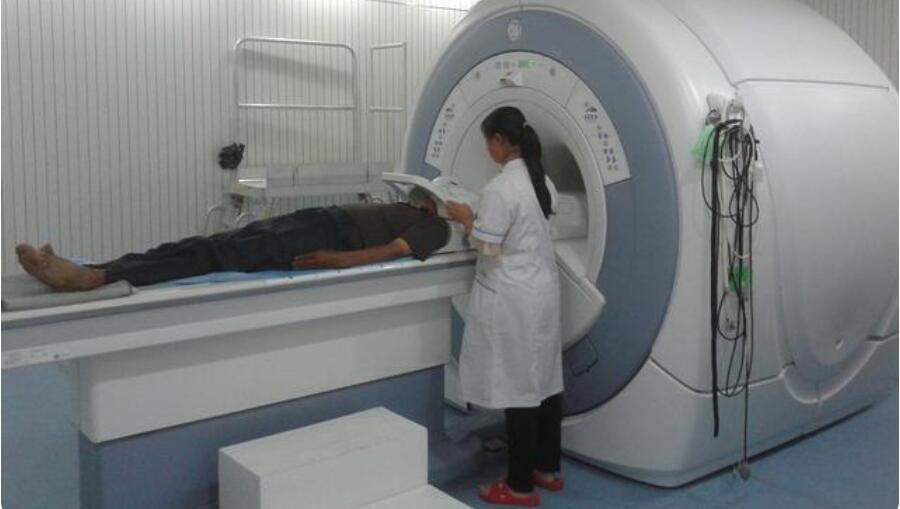 Are MRIs harmful to humans?

When conducting an MRI examination, a question that many people are concerned about is, will this examination bring any harm to the human body? We know that ordinary X-rays and CT examinations are radioactive to a certain extent. Doctors have to go to another room during the operation, and the radioactivity of CT examinations is relatively stronger. Doctors advise pregnant women not to perform CT examinations because It is very likely that it will affect the fetus.

So, is nuclear magnetic resonance also harmful to the human body? In particular, MRI takes a long time, so many people will be very worried about their own safety. But in fact, we don’t need to worry about radiation problems, because MRI does not rely on radioactive substances, but magnetic fields.

We are in a magnetic field all the time, and the magnetic field changes formed during MRI examinations will not cause substantial changes to our body structure.

Why is NMR so expensive?

After understanding the basic principles and functions of MRI, you may still not understand why MRI examinations are so expensive, and how much profit can hospitals make in this process? In fact, what is unexpected is that hospitals hardly make much money in MRI examinations, and most of them even lose money. The price of an MRI machine can be as low as millions and as high as tens of millions of yuan. In the process of inspection, liquid nitrogen, film, labor and other expenses are also required.

In addition to these, the usual maintenance and repair costs of the machine are also called “astronomical prices”. An MRI machine needs dozens of inspections every day to be able to pay back its cost. Considering the actual flow of people in the hospital and the time spent on inspections, This is almost impossible, so even if the price is high, the hospital will not be able to make money on this project.

Leaving aside the cost of usual use, why is a seemingly unremarkable NMR instrument so expensive? There are two main reasons for this. One is that the technical cost of itself is very high, and the other is that the manufacturing technology of nuclear magnetic resonance instruments is monopolized.

Let’s talk about technology first. Although we have briefly explained the basic principle of MRI above, it is not easy to put this principle into practice. One of the major difficulties is ultra The manufacturing technology of magnets. The magnetic field required by nuclear magnetic resonance is very strong, which is generally divided into 1.5T and 3.0T. Here T is the magnetic field unit Tesla, and 1 Tesla is about 10,000 gauss, but the magnetic field of the earth’s “magnetic pole” is only 0.7 It’s just Gaussian, and it is conceivable how strong the superconducting magnet required by the nuclear magnetic resonance instrument is.

Previously, these technologies were monopolized by three brands: Siemens in Germany, General Electric in the United States, and Philips in the Netherlands. Hospitals in my country could only rely on imports to use them, so the prices remained high.

Purely imported machines plus monopoly technology must have a large part of the profit. If our country can produce NMR instruments by itself, then the cost will be greatly reduced, and even the examination cost of patients can be reduced, benefiting more people. . The good news is that we have now gradually broken the monopoly of foreign companies on 1.5T NMR instruments, and many hospitals have begun to use domestic 1.5T NMR instruments.

But this is only a technological breakthrough for the relatively low-end products, and it is the 3.0T nuclear magnetic resonance instrument that really allows the three foreign companies to occupy a place in the world. In this regard, my country seems to have some breakthroughs, but it has not really become the choice of major domestic hospitals.

What exactly is this for? In fact, although my country can indeed manufacture 3.0T NMR instruments, the core components of key superconducting magnets still need to rely on imports, which makes our domestic 3.0T NMR instruments lose their price advantage.

In addition, hospitals still trust the reputation accumulated by those big brands for decades or even hundreds of years. If they want to change brands rashly, they obviously need to take greater risks. Obviously can’t stand “trying”, so big hospitals are more willing to choose those more secure products, that is, the three big brands mentioned above.

While the reality is far from ideal, we don’t have to be too pessimistic about it. In recent decades, my country has made great progress in various technologies. Such a development speed is very amazing in any era and in any region. I believe that after we have completely broken through the technical difficulties of 1.5T nuclear magnetic resonance instruments, It will also break through the technology of 3.0T nuclear magnetic resonance instrument in the future, no longer rely on imported core components, and complete the complete “localization”.

my country has a large population, and there is still a huge gap in various domestic medical devices. This is a good era for medical device manufacturing enterprises to develop and grow.

Today’s China has gradually gotten rid of the hat of a “cottage” and “imitation” power, and the world has gradually begun to see our strength in innovation and technological breakthroughs.

Although there are still shortcomings compared with those traditional industrial and scientific powers, we are already working hard to fill these gaps, and strive to catch up with those countries in the future, and even surpass them in the future. This is our dream and our goal. If we can break monopoly and form competition, both domestic and imported medical devices will become cheaper, which will essentially benefit the general public.