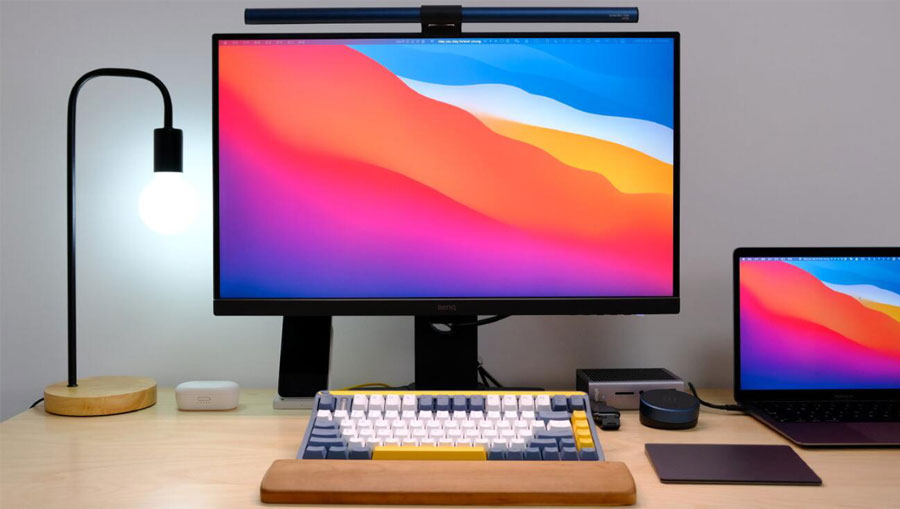 1. Do I need to configure WIFI for the desktop computer if I have a network cable at home?

It is more recommended to configure WIFI, mainly because although many homes have network cables (most of the decoration wiring, electricians will not remind you to use Category 6 network cables), many network cables are Category 5 100M, the router is a certain distance from the study room, the actual full speed Transmission 12.5M/S, and now many WIFI can easily reach above 50M/S, even if the home broadband is only 300M, it can easily be around 30M/S, the other one is using WIFI, the placement of the case will be relatively free, and move to Any room is convenient. If the router at home is next to the computer, it doesn’t matter.

In the current computer configuration, you can generally consider choosing a motherboard with WIFI, and also support Bluetooth (you can directly connect to Bluetooth speakers or headphones). If you buy an earlier motherboard, you can also consider a USB/PCIE wireless network card. The USB version is recommended to buy Dual frequency* (2.4G/5G) two formats, the latter frequency band transmission is very strong.

2. Are Bluetooth and earphones necessary?

The current wireless connection protocol is very strong. Bluetooth 4.0/5.0 is completely sufficient for non-music enthusiasts, and it is wireless, which can greatly reduce the trouble of wiring. Generally, notebook computers have them, and some motherboards of desktop computers support WIFI. It also has it. If there is no Bluetooth module, Taobao sells 9.9 which is enough. Wirelessization is a relatively big trend.

3. What should be considered in monitor selection?

01. Resolution 2K (1440P)
I previously said in the graphics card article that a graphics card below 2060S with a 2K display at 144hz would be wasteful. The main reason is that the output of the graphics card cannot reach 144fps synchronization at 2K in some games. The performance of the 144hz display is the same as the ordinary 60hz display, and it has no effect. But it has been misrepresented by many people, and now I think it can’t be carried. I want to explain again that almost all current computers can drive 2K monitors at 60hz (some 4k is fine). There is no problem. It’s just that the synchronization status of some games is not obvious, and it can’t reach 144hz refresh, which is wasteful.

02. Multi-interface support
At present, the interface of computers and laptops is basically TYPE-C/HDMI/DP, and the old VGA/DVI has basically been eliminated by the market, and it is basically only used on some low-end monitors. If you usually use your mobile phone to broadcast live, or use only the TYPE-C interface on your laptop, then it is more recommended to buy a Type-C monitor.

03. Is the curved screen better?
Many people don’t know why there are curved screens. The appearance of curved screens is to compensate for the inherent viewing angle defects of Samsung VA materials. The response is relatively general, if personal use is more recommended to buy IPS material screen is, the color effect is much better.

04. Is FastIPS/NanoIPS necessary?
These two high-gray-scale response screens are actually not as good as ordinary screens in contrast, and NanoIPS almost does not support HDR, but FastIPS is better from a competitive perspective.

4. How to choose the memory frequency?

Most of the SSDs with M2 NVME protocol can read and write up to 1500M/S, and then go up, the user experience is not obvious (most games read less than 4G of memory, and the gap is within 2S), many The top-level PCIE4.0 is brainless at every turn, and the price is doubled, but it can’t be used in practice. The general plan is 256/512G as the system disk and a few main game areas. Others can consider a mechanical hard disk as a data disk, or directly buy an external 1T solid state hard disk. Many games are placed directly in it and played like a computer without reinstalling.

6. How many chassis fans are suitable?

Most computer case fans 1+2 are basically enough. On the front and top, for low-to-medium configuration such as 10400F or less, there is no problem with a fan or not installing it. There are many types of fans, and a better bearing will make the noise less, but there are One point, the more fans there are, the greater the noise will be. If there is no need, it is not recommended to install too many.

7. How to choose air cooling and water cooling?

Most of the low-end CPUs are equipped with air-cooled radiators, whether it is AMD or INTEL, within 3500X/10400F, generally there is no problem in direct use, often full load games on a hundred yuan cheap 4-6 copper tube heat dissipation The device is completely sufficient, and the temperature maintenance is more comfortable. Water cooling is usually used for high-end configurations that often have high loads, such as 10700K/10900K processors. If they don’t often run at full load, the same hundred yuan radiator can completely block it.

How to choose 240/360 in the face of water cooling? I may know the users who have the most water cooling. NZXT’s X53 to the latest Z73 have been bought in the whole box. In actual use, although 360 has one more fan than 240, because of the design of the waterway, the section farthest from the water inlet The temperature difference of the cold row is very small, and the cooling is not obvious. In the actual use of the 10900K baking machine, the 360 ​​water cooling of the Z73 is about 2 degrees lower.

8. Do I need to buy a good thermal grease?

Most air-cooled radiators have silicone grease. If it is water-cooled, it will directly put a layer on your cold head like NZXT. When buying silicone grease, the heat dissipation coefficient of 9.3w/14w is often marked. What I want to say is the test under the thickness of 1mm (50% of the thickness of a 1 yuan coin). If the thickness is thinner, the difference in heat dissipation coefficient is smaller. . Generally, it can be used. If you buy it, the difference between more than 10 yuan and a few dozen yuan is really small. Some liquid metal heat dissipation is indeed better, but improper handling can easily cause short circuits, which is not worth the loss.

9. How to choose AMD/INTEL?

This depends on the comparison of specific market conditions. INTEL is more efficient in software programming and PS filter processing. This is undisputed. For those who just want to play LOL cheaply, the performance of AMD’s low-end nuclear display 3200G graphics card is required. It is much better than INTEL’s set of 630. After that, AMD’s price/performance ratio was not obvious after INTEL’s price cut, especially in the 1000-2000 range because the new model was not released. INTEL significantly reduced the price. 10100F/10400F can already meet the potential of graphics cards within 2060S. For motherboards, heat dissipation requirements are not Not high, and some high-end CPUs, such as the 10850K variant of 10900K, have also come down in price, and they also come with a core display. For some commonly used CPUs, 2D computing environments that require less graphics cards, or LINUX environments, don’t use graphics cards directly. The graphics card interface of the motherboard is reused, and the overall cost is not high. AMD’s subsequent price reductions can still be expected, but this year’s supply chain situation is a bit difficult.

10. Is the bigger the motherboard the better?

At present, the expensive motherboard is usually ATX, but for users, the MATX motherboard is usually more cost-effective and the chassis is better. The motherboard mainly depends on the power supply scale and expansion capacity. A simple analogy is that the wiring in the home is thinner or less than the air conditioner. The demand for large electrical appliances will cause wires to heat up, and large electrical appliances are also difficult to work with high loads. A good motherboard has much better control over power supply and heat generation. Another point is whether the expansion properly takes care of users with multiple hard drives. Generally speaking, power supply is prioritized, other problems are not big, and the motherboard is not as high as possible. For example, MSI’s B460M mortar power supply is much stronger than Z490.