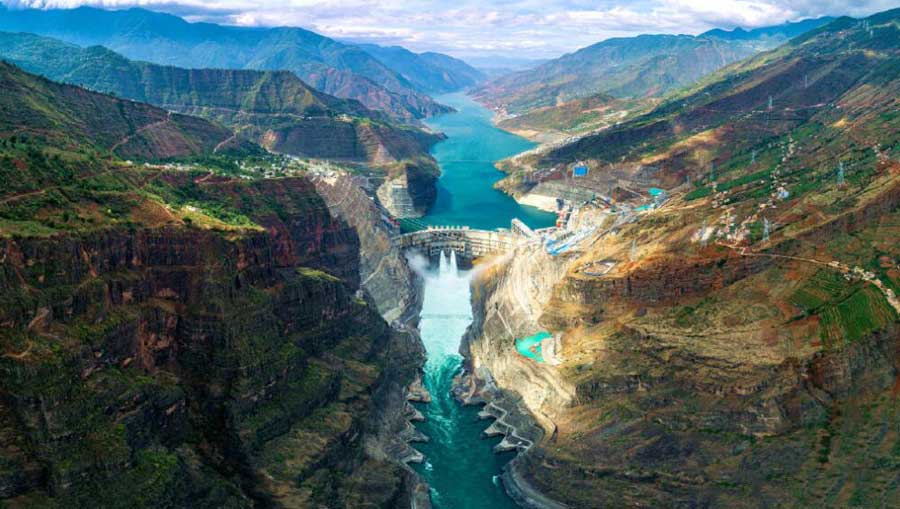 Baihetan Hydropower Station is located in Ningnan County, Liangshan Prefecture, Sichuan Province and Qiaojia County, Zhaotong City, Yunnan Province. After the power station is fully completed, it is estimated that the annual average power generation will be 62.443 billion kWh, which will save about 19.68 million tons of standard coal and reduce 51.6 million tons of carbon dioxide emissions.

The runner is known as the “heart” of the hydropower unit, and is the core component with the most difficult research and development and manufacturing difficulties. The Harbin Electric Motor scientific research team innovatively adopted an original structure combining 15 long blades and 15 short blades to increase the optimal efficiency of the Baihetan runner to 96.7%. This is the world’s first innovative model of applying long and short blade runners to a 1 million kilowatt unit, enabling the stability and safety of the unit to fly.

On the same day, the last runner on the right bank of the Baihetan Hydropower Station developed by Harbin Electric Motor was successfully manufactured at the runner processing plant at the site of the Baihetan Hydropower Station and successfully passed the acceptance of the project owner, Three Gorges Group. The acceptance results show that the key dimensions and technical parameters of the runner meet the requirements of the design drawings and technical specifications, and reach the quality standards.

Since April 26, 2018, the first runner on the right bank of the Baihetan Hydropower Station has officially started manufacturing. For more than 3 years, the relevant personnel of Harbin Electric has fulfilled the promise of “Taiwan and Taiwan boutique, first-class pieces”. Among them, the third runner set the world’s first giant long and short blade runner “zero counterweight” breakthrough performance, promoting China’s hydropower to take a solid step toward the world’s hydropower “no man’s land”.

The 13 best places to visit in Norway